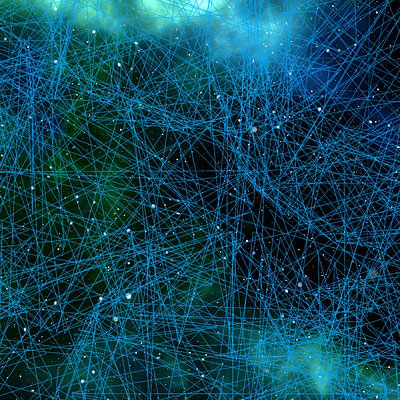 It is hard to think that something we take for granted every day is already 25 years old. From its humble beginnings that started with Sir Tim Berners-Lee’s 1989 memo, to the juggernaut that is the Internet today, we are always seeking the next big thing. Here we look at just a few predictions of where we may go next.

We’re heading for an ever increasing connected world. The only way to keep a consistent connection is that your internet service provider will not only provide internet access whilst at home, but also whilst you’re on the move. It’s something that will happen gradually, but in turn will create a level of redundancy. Gone are the days of the long process of dialup connections.

Maturity Of The IOT (Internet of Things)

The IOT already contains connect fridges, heating systems, home lighting and other household devices. Where could we go next? How about connecting our new cars and vans for the preparation of driverless vehicles; or what is inside our wallets, maybe even as far as replacing printed currency. The more control that we get as end users, the freer the information will flow. However, with that great power comes great responsibility. The truth is the sky is the limit when it comes to the IOT, although tighter security measures are required.

Augmented Reality Will Become The Norm

With the major players in the technology world all having their own takes on that ‘next-gen’ device, it would be hard to overlook this area of Internet technology. From Google’s Glass experiment to Microsoft’s HoloLens, this whole sub-industry looks to not only be useful, but a necessary step forward for many current use cases.

Think about doctors in hospitals that could access X-rays, CT scans, more in-depth records all whilst never leaving the patient. Another great use is navigation and translation; imagine being in a foreign country, you do not speak the language and you have no idea how to get where you are going. You could pop on your connected glasses; suddenly street signs are translated, or a path to your destination is marked out for you to follow. Better still, an earphone that could automatically and in real-time translate what someone is saying to you; with a way of replying to them so that they could understand.

Machines are now very capable of completing many manual tasks, even simultaneously; take robots that make car parts as an example. They’re also not far off being able to comfortably master more intellectual tasks. That said, we are a long way off form having a more sentient being (artificial general intelligence) so no need to panic about SkyNet anytime soon. Over the next decade we’ll use AI to improve and augment the way we work rather than replacing the workforce, so allowing us to work smarter and not harder.

Find more information on how Artificial Intelligence and Data Science can be harnessed within your team.

If you have any other questions, get in contact…